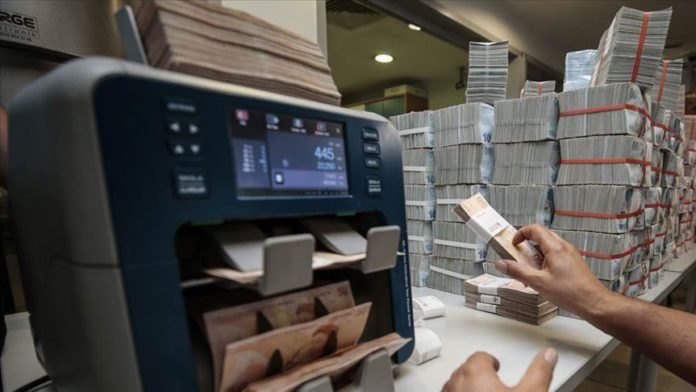 The Turkish banking sector was prepared when the economic crisis driven by the novel coronavirus struck, according to global audit and consultancy firm KPMG on Wednesday.

KPMG in Turkey analyzed the sectoral impact of the pandemic that shook the world.

“In this unexpected period that caused the global crisis, banks showed that they were both financially and technically equipped,” Kerem Vardar, the head of KPMG’s financial services department, said in a statement.

He added that both the Central Bank and the government had introduced successive support packages to limit the fallout caused by the virus, saying: “Top institutions in the financial sector such as the Banks Association of Turkey and BRSA [Banking Regulation and Supervision Agency] also support this process with their strong recommendations.”

As part of the backing for the real sector and individual customers — especially public banks — cost-effective loans and grace period applications continue as well, he noted.

“After the virus is completely under control, the recovery on banks’ balance sheets will be rapid,” he added, underlining that the industry would be carefully watching how and when the crisis would end.

Stressing that the outbreak hit the global economy much harder than expected, he said the virus almost completely disrupted global economic activity.

This will have strong repercussions on the banks’ side as well, Vardar warned.

The first impact in the banking sector is expected in the credit growth wing, said Vardar.

“The rapid deterioration of the economic outlook and the complete change of risk perception had a negative impact on both banks’ lending appetite and demand for credit,” he noted.

Thus, to ensure the uninterrupted flow of credit to the real sector, Turkey’s banking watchdog, the BRSA, increased the flexibility in banks’ Turkish lira and foreign currency liquidity management.

“At this point, it is also possible for banks to turn to deposit reduction or government bonds,” said Vardar.

Pointing out that strong loan growth in the first quarter of 2020 was an important base for the sector, he said: “Possible credit contraction in the second and third quarters of the year is not expected to create a very negative impact on the interest income leg.”

Vardar said that, on the other hand, the fact that both the Central Bank of the Republic of Turkey (CBRT) and the Fed lowered deposit costs by cutting interest rates was a positive development for the sector’s income.

Moreover, as a measure against the virus, unexpected interest rate cuts by developed economies enables the CBRT to progress faster in its discount policy, he said.

Assuring that the current turmoil would be controllable for the banks, Vardar said it would be as challenging as the 2018 currency crisis.

“Global and local interest policies also allow banks to better manage their costs. After the virus is entirely under control, we can expect re-growth in bank balance sheets.

“The realization of deferred investment demands and an environment of abundant liquidity provides a positive outlook for rapid loan growth.”

Vardar concluded that, in short, Turkish banks appeared to be sufficiently prepared financially and technically to handle the “unexpected” pandemic and its aftermath.