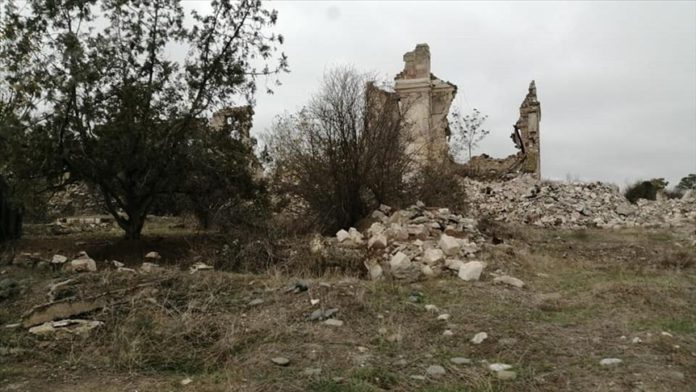 “A group on the clearance of mines of the Turkish Armed Forces in our country and the units of the Engineering Troops of Azerbaijan fulfill the tasks of engineering support in the liberated Aghdam region,” said a ministry statement.

It said that the troops cleared “sowing plots and connecting roads” off mines and unexploded shells.

Also sharing the footage of the activities, the ministry said: “Activities on the detection and disposal of unexploded shells and mines in liberated territories are being continued.”

Two Special Mine Detection and Clearance Teams (OMAT), consisting of 135 mine clearance specialists of the Turkish Armed Forces, have been supporting the Azerbaijani troops in regions liberated from Armenia’s occupation.

The Turkish troops also train Azerbaijani soldiers in mine detection and clearance techniques and tactics.

Relations between the former Soviet republics of Armenia and Azerbaijan have been tense since 1991, when the Armenian military occupied Nagorno-Karabakh, recognized as an Azerbaijani territory, and seven adjacent regions.

However, the Armenian army violated the cease-fire on Dec. 13 and martyred three Azerbaijani soldiers in Khojavend’s Sur village and a soldier and a civilian near the town of Hadrut, according to the Defense Ministry.