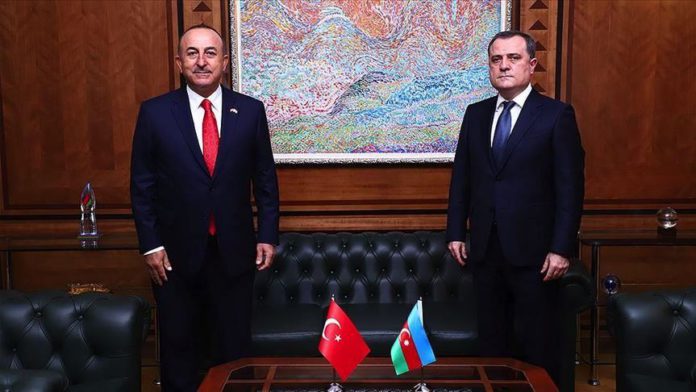 Turkish and Azerbaijani foreign ministers on Wednesday discussed the latest developments in the Upper Karabakh region, according to diplomatic sources.

Mevlut Cavusoglu and his Azerbaijani counterpart Jeyhun Bayramov spoke over the phone.

Since the clashes erupted Sept. 27, Armenia has repeatedly attacked Azerbaijani civilians and forces, even violating three humanitarian cease-fires since Oct. 10. To date at least 65 Azerbaijani civilians have died and 297 have been injured while 2,243 houses and 90 multi-apartment residential buildings were destroyed and 402 civil facilities were damaged, according to Azerbaijan’s Prosecutor General’s Office.