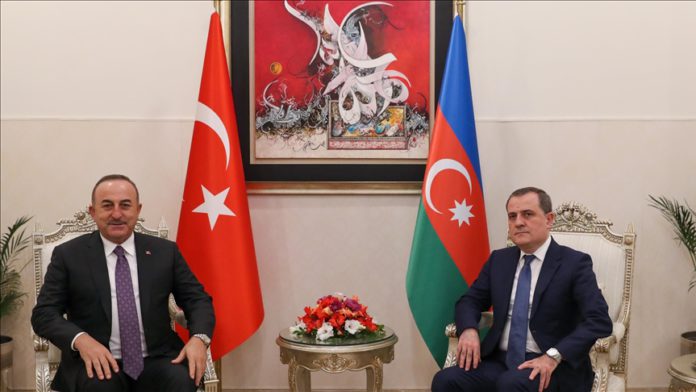 Mevlut Cavusoglu and Jeyhun Bayramov met after a dinner hosted by Pakistani Foreign Minister Shah Mahmoud Qureshi in honor of his Turkish and Azerbaijani counterparts.

Cavusoglu said on Twitter that the two discussed the latest developments in the Nagorno-Karabakh region in Azerbaijan.

Posting with the “TekMilletIkıDevlet” [One Nation Two States] tag, Cavusoglu said Turkey will “continue to support our Azerbaijani brothers and sisters in building peace.”

During the 44-day conflict, Azerbaijan liberated several cities and nearly 300 settlements and villages, while at least 2,802 of its soldiers were martyred. There are differing claims about the number of casualties on the Armenian side, which sources and officials say could be up to 5,000.