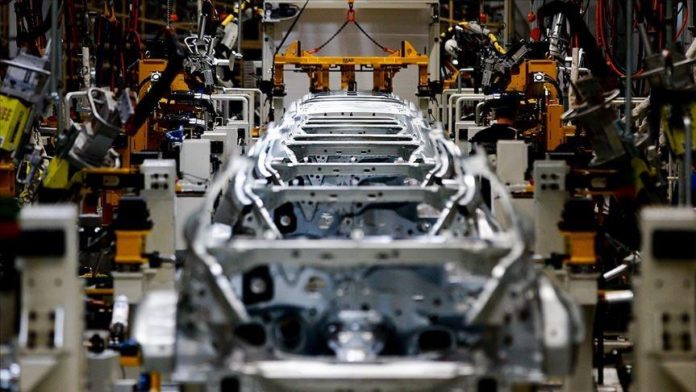 Automakers in Turkey produced some 1.15 million vehicles — including automobiles and commercial vehicles — in this January-November, according to a sectoral report.

The figure was down 13% year-on-year, the Automotive Manufacturers Association (OSD) said on Sunday.

The country’s passenger car production also fell 14% to 761,743 during the same period.

Taking the lion’s share in the country’s total exports in January-November with 15%, automotive exports stood at $23.1 billion, decreasing 19% on a dollar basis compared to the last year.

The association also said Turkey’s overall auto sales market, including light trucks and other vehicles, grew 73% annually, reaching 688,180 in the first 11 months of this year.

Top international automakers — including Ford, Honda, Hyundai, Mercedes, Renault, and Toyota — have factories in Turkey, one of the world’s top auto sale markets.

Turkiye's annual inflation at 48.69% in January