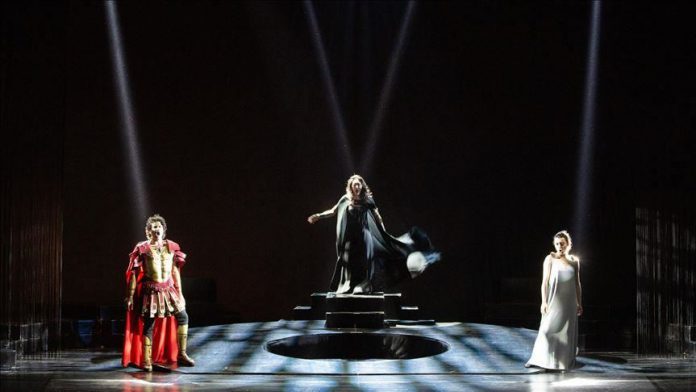 Turkish soprano Simge Buyukedes and mezzo-soprano Asude Karayavuz won acclaim Sunday for their performances in the Aida and Norma operas at the Teatro Comunale Alighieri in Ravenna, Italy.

Buyukedes, who starred in Aida, and Karayavuz in Norma were applauded by the Italian audience.

“I find your soloists marvelous, and I admire them very much,” Cristina Mazzavillani Muti, director of the Autumn Trilogy, told Anadolu Agency.