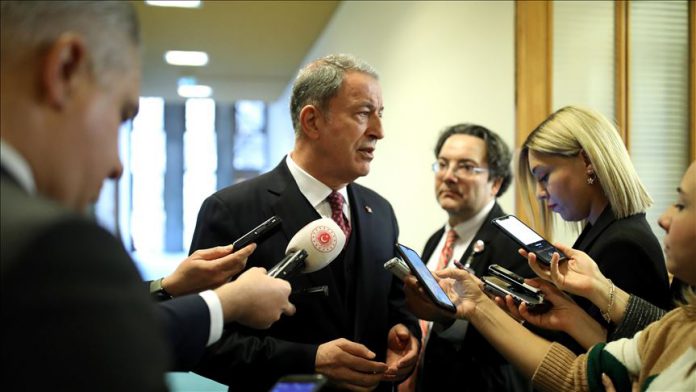 The Turkish Armed Forces is working to forge peace in the embattled Syrian province of Idlib as soon as possible, the national defense minister said Thursday.

Speaking on talks on Idlib with a Russian delegation visiting Ankara, Turkey’s capital, Akar said: “The results will be announced any day now. Accordingly, we will reveal our stance.”

Akar also said that he will hold a phone talk with his U.S. counterpart Mark Esper this evening.