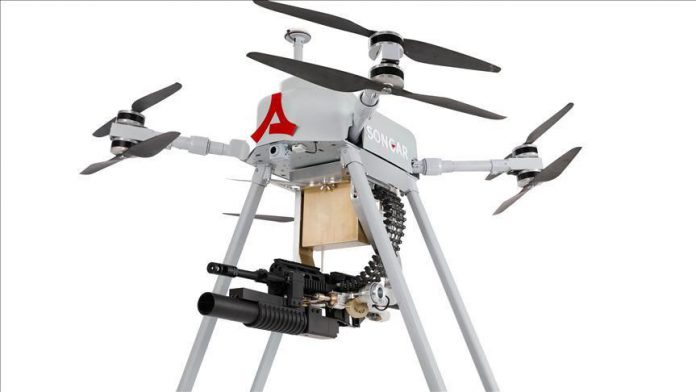 The Turkish military is expanding its inventory with Songar, the first Turkish-made armed drone capable of firing automatic weapons.

The drones will ensure the safety of Turkish security forces in the field during counter-terrorism operations, increase effectiveness by holding targets under fire and supporting existing reconnaissance and surveillance tools.

Capable of staying aloft for 20 minutes when fully loaded, Songar will operate at a minimum altitude of 3,000 meters and carry a