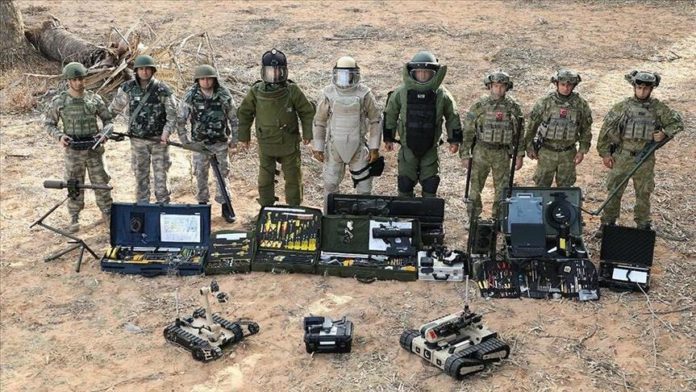 The Turkish Armed Forces will support Azerbaijan’s army in clearing mines in the Azerbaijani territories liberated from the Armenian occupation, according to Turkey’s National Defense Ministry.

The ministry in a statement on Monday announced that the armed forces will also provide a military training for the Azerbaijani army.

The Turkish explosive ordnance disposal teams will support the Azerbaijani army and its troops by clearing mines and improvised explosive devices in areas liberated from the Armenian occupation, the statement noted.