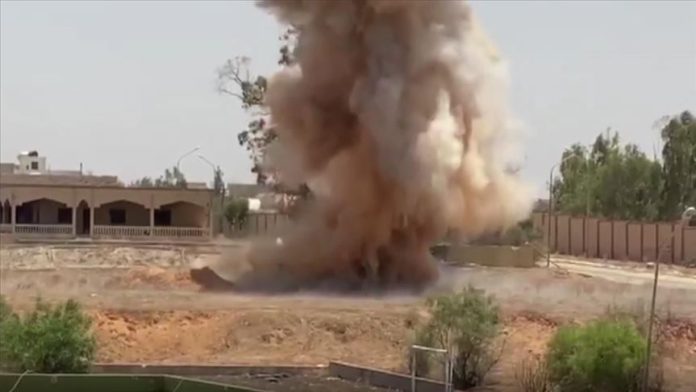 An explosive ordnance disposal team of the Turkish Armed Forces on Friday destroyed a mortar shell fired by warlord Khalifa Haftar’s militia to hit a mosque in southern Tripoli, but it didn’t explode.

Attacks by Haftar militias caused a heavy damage in the mosque, the armed forces confirmed.

Upon an invitation by the Libyan government, the team continued their efforts to neutralize the mines and explosives planted by the Haftar militia in the south of the capital.

Reporter who told world about demolition of Babri Masjid