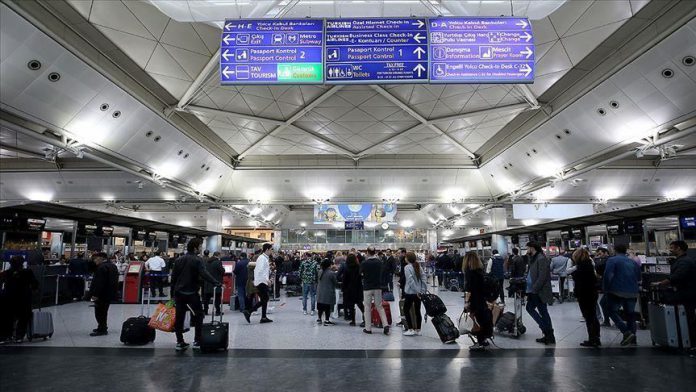 Some 33.6 million passengers traveled through airports in Turkey in January-March, the country’s airport authority announced Tuesday.

The first quarter figure was down 18.8% from the same period a year earlier on both domestic and international flights, the General Directorate of State Airports Authority (DHMI) said in a statement.

Turkish airports served 376,107 planes including overflights, down from 424,667 in the same quarter last year.

About 100 students missing in DR Congo