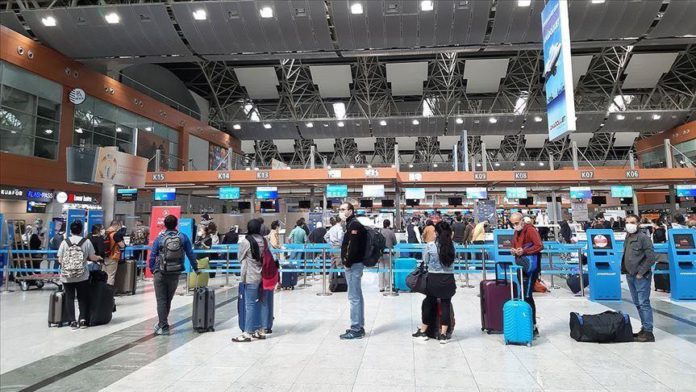 The number of air passengers in Turkey — including transit passengers — totaled 5.2 million this January, the country’s airport authority revealed Monday.

The number of domestic passengers slipped 57% to 3.4 million, while 1.8 million passengers took international flights, down 70%, during the same period.

Istanbul Airport welcomed 1.7 million passengers on both international and domestic routes and served over 15,074 airplanes.