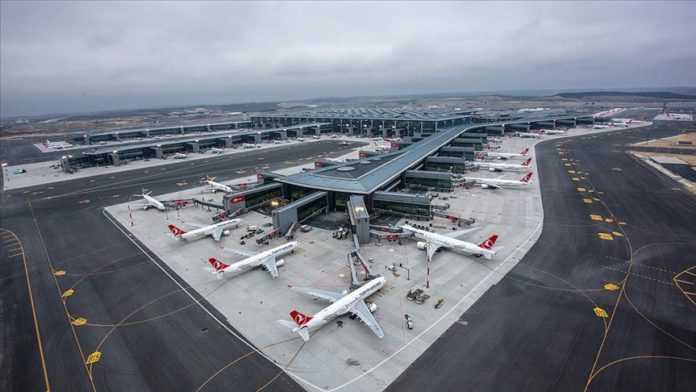 The number of air passengers in Turkey — including transit passengers — totaled 5.2 million this February, the country’s airport authority said Saturday.

According to the General Directorate of State Airports Authority (DHMI), the number of domestic passengers reached 3.7 million, while 1.6 million passengers took international flights.

Turkish airports served 75,034 planes including overflights last month, down from 73,734 flights in January.

The Istanbul Airport welcomed 1.6 million passengers on both international and domestic routes and served over 13,891 airplanes.