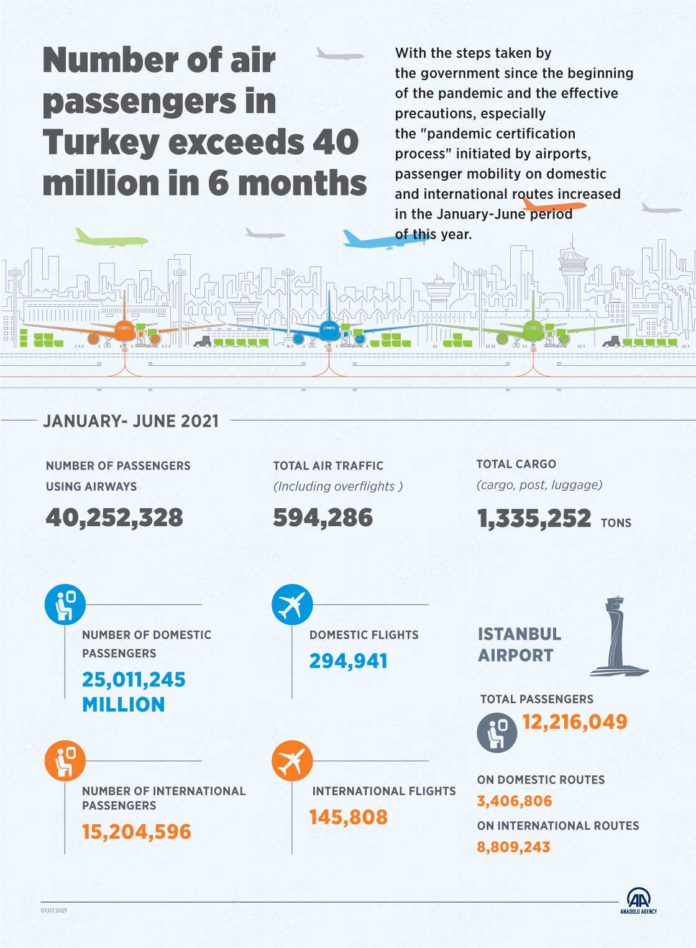 The number of air passengers in Turkey – including transit passengers – totaled 40 million in the first six months of 2021, the country’s airport authority announced on Wednesday.

This January-June, the country’s airports served a total of 25 million domestic and 15 million international passengers, the General Directorate of the State Airports Authority (DHMI) data showed.

Airports in the country served 594,286 planes, including overflights. Air cargo traffic registered at around 1.3 million tons, according to the official figures.

Istanbul Airport and Istanbul Ataturk Airport – both in the country’s largest metropolitan city – saw a total of 19,215 aircraft during the same period.

Istanbul Airport, which has become a major international hub, served a total of 12.2 million passengers this January-June.

While the world aviation sector continues to fight off the fallout from the COIVD-19 pandemic, Turkey was among the countries that successfully managed the process.

With steps taken by the government since the beginning of the pandemic and effective measures, especially airports’ pandemic certification process, passenger mobility on domestic and international routes rose this January-June.