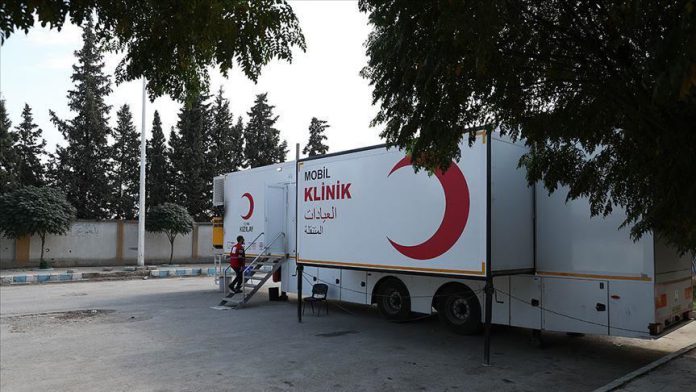 In a statement, the organization — known locally as Kizilay — said the clinic was launched in Tal Abyad district, which has been cleared of terrorists.