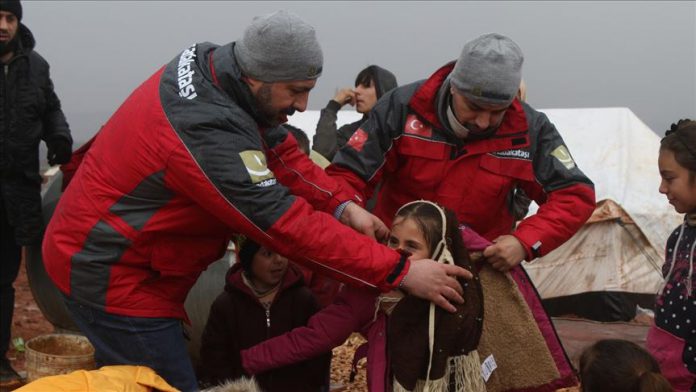 A Turkish aid agency provided humanitarian aid to people of Syria’s Idlib who escaped bombardments of regime and its supporters, and took shelter near the Turkish border.

While the civilian casualties are rising due to the attacks of regime and Iran-backed foreign terrorist groups, residents of Idlib, who fled their homes and came near to Turkish border, suffer the severe conditions of winter.