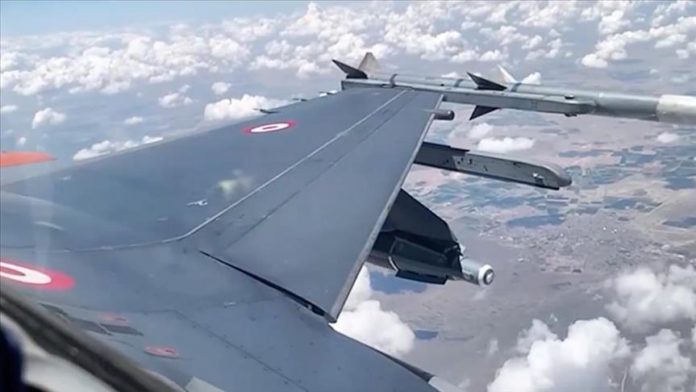 Turkey is boosting the effectiveness of its security forces’ equipment thanks to the homegrown technologies developed by its defense industry.

Even as indigenously developed aerial ordinance guidance kits start to be mass-produced, efforts to improve the capabilities of the hardware are underway, Ismail Demir, head of Turkey’s Defense Industries Authority, told Anadolu Agency.

Teber kits are integrated into general-purpose MK-81 and MK-82 bombs to increase their strike capability.

An add-on semi-active laser seeker, mounted on the bomb’s front section, provides precision hit capabilities against moving targets. The laser seeker may also be fitted with a proximity sensor.

Munitions with Teber kits integrated into F-16 jets can also be used with unmanned aerial vehicles such as the Aksungur and Akinci, which have high payload carrying capacities.