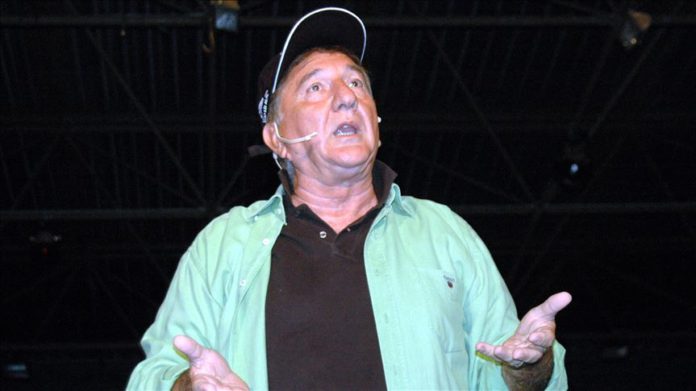 The UN building in Geneva is opening its doors to ‘Spoonface,’ an award-winning play that depicts the value of life through the eyes of an autistic child diagnosed with cancer.

Upon the invitation of Iraqi princess Dr. Nisreen El-Hashemite, the play will premiere on Sept. 21 on World Peace Day and afterwards start a world tour.

Directed by Turkish actor Ali Poyrazoglu, with the main character played by Can Remzi Ergen, the play by British playwright Lee Hall portrays human diversity and its uniqueness.

In an interview with Anadolu Agency, Poyrazoglu said the play aims to take the audience on a journey after listening to the last words of an autistic child who was also diagnosed with cancer.

“In this journey, the audience will once again question the concept of reality. Spoonface, from the perspective of a child, shows how much life is worth living despite all the negation and inanity,” he said.

“Even if we are not going to live tomorrow, living today and feeling it till the last bit is deeply important. On the other hand, does tomorrow even exist?” Poyrazoglu said.

Ergen said the story touches on anyone living anywhere in the world because it describes issues that apply to everybody.

“It is important to us that this play carries messages for everyone regardless of their religion, race, or gender.

“So it is exciting that the play addresses a valid issue all over the world,” he said.

He said he is aware that the issue of marginalization in the world has turned into a disease that is not very different from the current coronavirus epidemic and that it even spreads faster than some germs.

‘Character puts me in fragile and sensitive, emotional state’

To get into his character, Ergen said that for over a year, he read up on autism, met with academicians and visited care centers and schools for children with autism.

“Although we talk about art and a process of making it, when a subject like autism comes up, you should be careful about some points and reflect the reality,” he said.

Ergen emphasized that it is not possible to define the differences in autism in a single sentence since it is a much wider spectrum. However, he added that the character he created has matched this broad spectrum with as much detail as possible.

“As I started working with children and started to understand a little bit more about what autism means, I saw that this is much different than a disease. Many children surprised me with their skills,” he said.

Ergen described his experience rehearsing for the role, saying he gained a lot more awareness in the process and it became a new issue for him to defend.

“The character puts me in an extremely fragile and sensitive, emotional state. It motivates me and gives me a chance to express what I believe in,” he said.

“I believe everybody has all the emotions. In fact, we all have every character inside ourselves.

“These different characters revolve in us according to the situations, moments, experiences and feelings in life. And maybe it changes and transforms over time,” he said.

He stressed that despite our differences, we are all human, and life is beautiful even though there are many areas where we make compromises.

“Actually, Spoonface for me is an adventure where I find another part of myself,” Ergen said.