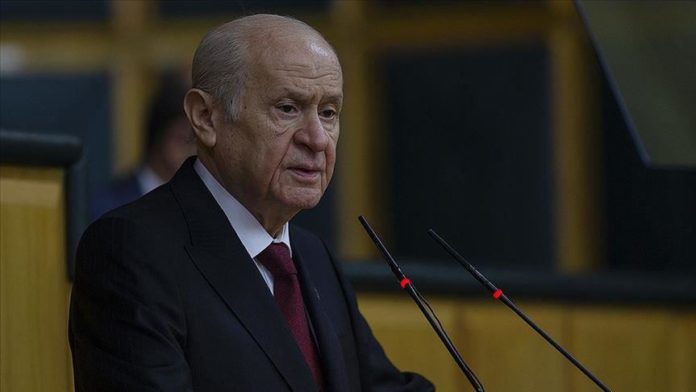 A prominent Turkish politician on Tuesday urged Turkic nations to raise their voice in support of Azerbaijan.

“Another issue which troubles and upsets us is the silence, unresponsiveness and inaction from Turkic nations over the Upper Karabakh issue,” Devlet Bahceli, the leader of Nationalist Movement Party (MHP), told his party’s parliamentary group.

“Is this silence and inaction convenient for any Turk?” asked Bahceli.

Reminding the Turkic nations — including Kazakhstan, Kyrgyzstan, Turkmenistan, and Uzbekistan — Azerbaijan was the aggrieved party over the Upper Karabakh issue, the MHP leader said: “Azerbaijan is the country whose territorial integrity and sovereignty rights were assassinated.”