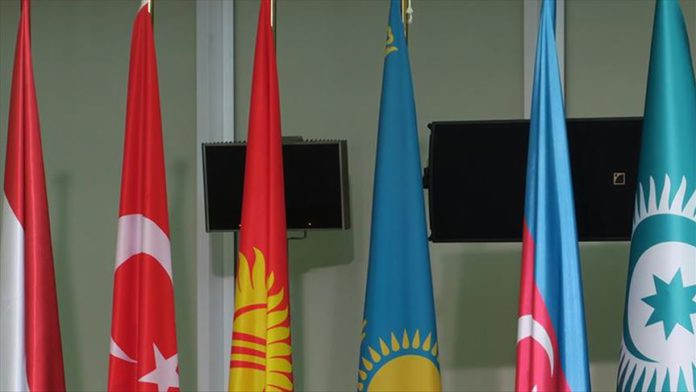 Spoken by more than 180 million people across Eastern Europe, the Middle East, Central Asia, and Siberia, Turkic is one of the widely disseminated language families in the world.

Interestingly, half of the Turkic speakers inhabit Russia and in territories comprising the former Soviet Union.

After the disintegration of the Golden Horde — the western part of the Mongol empire — almost all Turkic-speaking nations gradually came under Russia and the former Soviet Union.

“About 40 nationalities spoke Turkic languages in the Soviet Union. In Russia, we have about 30 Turkic-speaking regions and communities. The largest of them are the Tatars, the second largest province in Russia, as well as the Bashkirs and Chuvash,” said Maria Repenkova, head of the Turkic Philology Chair in the Institute of Asian and African Countries.

Speaking to Anadolu Agency, she, however, said that most of these people in Russian administered territories do not speak modern Turkish language as spoken in Turkey.

“The closest languages to modern Turkish are Gagauz, Crimean Tatar, and Azerbaijani. The farthest are – Yakut and Chuvash,” Repenkova said.

Anna Dybo, who works at the Institute of Linguistics of the Russian Academy of Sciences, said Turkic language speakers inhabit a large mass of earth from Turkey to China and even from the Arctic Ocean to Iran.

Across the borders of Russia, the scholar listed Gagauz in the Transnistria Republic — internationally recognized as part of Moldova –Azerbaijanis in Azerbaijan, Turkmens in Turkmenistan, Kazakhs in Kazakhstan, Kirghiz in Kyrgyzstan, Uzbeks and Karakalpaks in Uzbekistan, Crimean Tatars, Karaites and Krymchaks in Ukraine as Turkic speaking people.

Dybo said the earliest appearance of Turkic languages is found in the Xiongnu language, as recorded by the Chinese historian Sima Qian, who lived from 86-145 B.C.

In the middle ages, from the 5th-15th century, writers wrote in a common Turkic language called Turki, which existed till the 19th-20th century, the expert said.

“At that time there were already different Turkic languages, Turki language was mainly used as a literary language. However, each writer introduced in his works the features of his native language — Uzbek, Tatar, Turkmen,” she said.

With the changes in borders and weakening of the communications between people, the Turkic languages accumulated the different tones and dialects. Slowly they separated as associated languages, she said.

The first divisions of the Turkic languages occurred as early as in B.C and then around the 5th century A.D. Other divisions occurred are later with the movements of peoples, she said.

Although there is no physical evidence, some other experts believe that the Turkic language came from a certain proto-language, which was spoken by all the inhabitants of Eurasia, as recorded in the legend of the Tower of Babel.

The mythical story of the Tower of Babel explains the origins of the multiplicity of languages.

They say the main characteristics of the Turkic language have not changed much over the five millennia, since its origin and that the ancient writings of the Sumerians are still as clear to Kazakhs, as well as modern books.

Experts believe that even though people of different nationalities speak different versions of Turkic languages, they can understand each other. The bond of language bridges the gap between them and makes their interaction easy to build confidence among them.