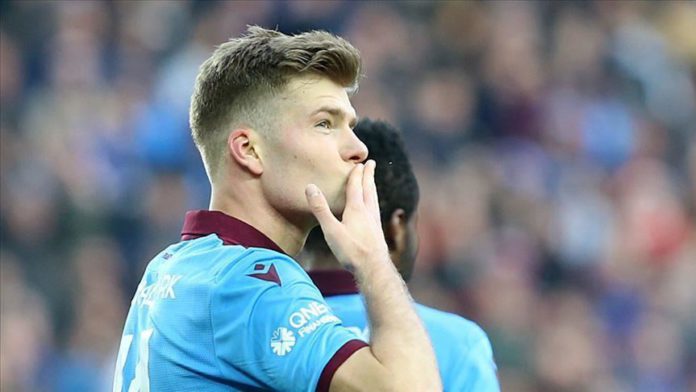 Speaking to Anadolu Agency via video link on Sunday, Sorloth said he just arrived in Turkey, but followed the news on the country’s fight against the pandemic from Norway.

“My family and people in Norway generally believe that Turkey’s response to the virus has been largely successful,” he said. ”People stay at home during weekends. You can see the numbers are down. It is working. I think they [Turkey] are doing really really good job.”

Sorloth is undergoing a mandatory quarantine at a student dormitory since April 22. He recently received a phone call from Turkey’s Youth and Sports Minister Mehmet Kasapoglu.

”He just asked me how I was doing, If I need anything and if everything was fine,” the footballer said. “I appreciated him… he cares about the athletes in Turkey. It was very nice of him to call me.”

Sorloth said that although he was working out during isolation, conditions were not the same as being at home. “I don’t ask for too much, and am trying to end this period like everybody else in quarantine,” he said. “I am trying to train a little bit, of course it is hard to do here.”

He said he will begin with the group training next week, adding that the Super Lig’s suspension was unfortunate as Trabzonspor was on way to lift the titles in the league and Turkish Cup.

”But it was the right thing to do. The virus spreads very fast.”

Training, he said, was most important for an athlete. ”For me, it is all about keeping in shape by training. If I have a good day of training, I feel very good.”

The 24-year-old urged fellow players to support the official decisions vis-a-vis the Super Lig. ”We, the players, should just stay calm and focus on keeping shape… whatever the authorities decide, we must stand by that.”

He is a top scorer in the Super Lig with 19 goals in 26 matches. The league was suspended on March 19 due to virus fears.