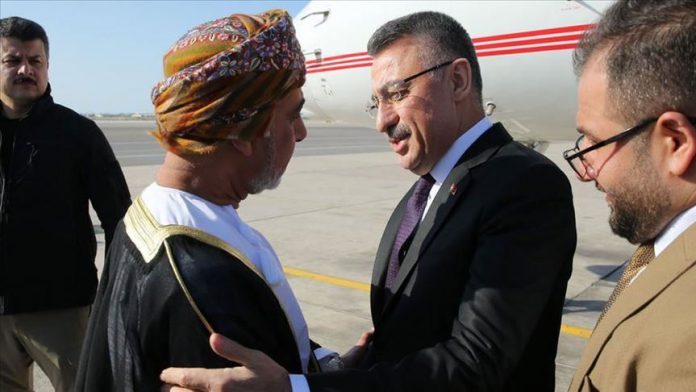 Turkey’s Vice President Fuat Oktay on Sunday paid a visit to Oman to extend condolences over the death of longtime ruler Qaboos bin Said al Said, according to a diplomatic source on Sunday.

Oktay paid a condolence visit to Haitham bin Tariq al-Said, the new sultan of Oman, in the capital Muscat, said the source, who asked not to be named due to restrictions on speaking to the media.

He was received by Minister of Diwan of Royal Court of Oman Khalid bin Hilal al Busaid at the Al Alam Palace.