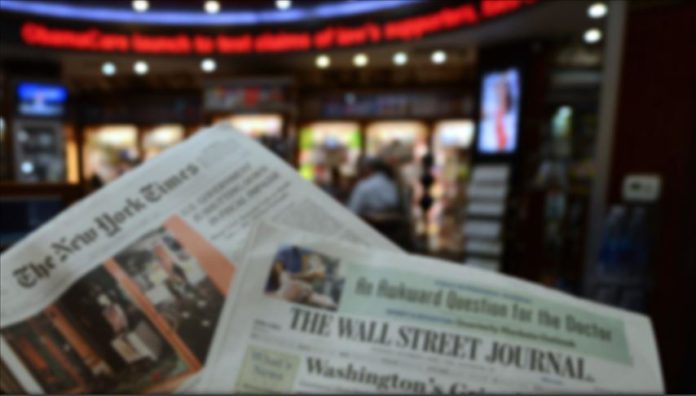 Turkey’s US envoy on Friday disputed allegations by the Wall Street Journal’s editorial board that Turkey and Greece could go to war because of a maritime dispute.

Serdar Kilic said the narrative of the Sept. 10 article, “Showdown in the Mediterranean,” is covered with excruciating oversimplification and “the truth is far more complicated.”

“Turkey is not the aggressor here, but the one constantly struggling against those who aim to disregard and undermine her natural rights,” Kilic wrote in an opinion piece in the newspaper, adding that Greece and Greek Cyprus’s actions in the Eastern Mediterranean should be taken into due account.

He accused the two sides of declaring exclusive economic zones, issuing drilling licenses, attempting to seize revenue or forming multilateral initiatives in total disregard for Turkey and the Turkish Cypriots’ rights have led to prevailing tensions.

“Attempts toward excluding Turkey, which has the longest coastline in the region, are ill-advised and unacceptable,” said Kilic and he vowed Turkey will firmly defend her legitimate sovereign rights in the region.

The newspaper’s editorial board said Turkish President Recep Tayyip Erdogan’s confrontation with Greece because of maritime claims could be resolved through diplomacy.

“The question is whether Mr. Erdogan wants to negotiate or simply assert Turkish power,” the board said. “Military conflict between Greece and Turkey remains an unlikely but real possibility.”

Kilic said Turkey is not infringing on anyone else’s share and will not let anyone infringe on her legitimate fair share.

“Regional peace and stability necessitate the international community (and the U.S.) to act impartially,” he said.

Turkey has sent drill ships with a military escort to explore for energy on its continental shelf, saying that Ankara and the Turkish Republic of Northern Cyprus also have rights in the region.