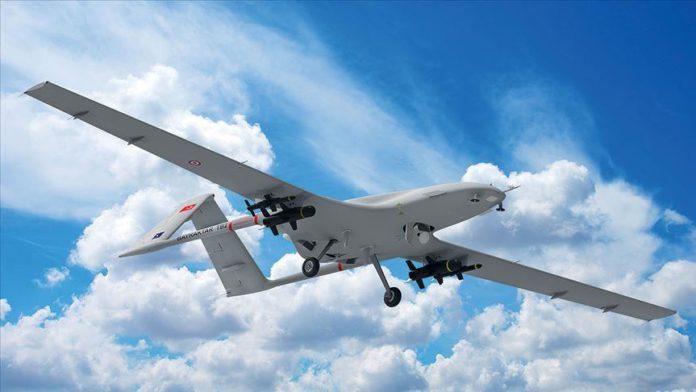 “Another record of our national aviation history has been broken… #BayraktarTB2. With patience, love, perseverance, Bayraktar TB2 has been on duty for 200,000 hours in the sky for Turkey. This is the longest time on duty for a national aircraft. Free and independent in our sky,” Selcuk Bayraktar, the chief technology officer of Baykar, said on Twitter.

Bayraktar TB-2 is a medium altitude long endurance (MALE) and a tactical unmanned aerial vehicle capable of conducting intelligence, surveillance and reconnaissance, as well as armed attack missions, according to the company’s website.

The entire system is produced indigenously thanks to Baykar’s technological accumulation and capabilities, while Bayraktar TB-2 is also the first-ever aircraft in its category to be exported.

An onboard avionic suite with a triple-redundant avionic system encompasses units, enabling a fully autonomous taxiing, takeoff, landing and cruise.

Since 2014, it keeps carrying out missions successfully within the Turkish Armed Forces, gendarmerie and police.