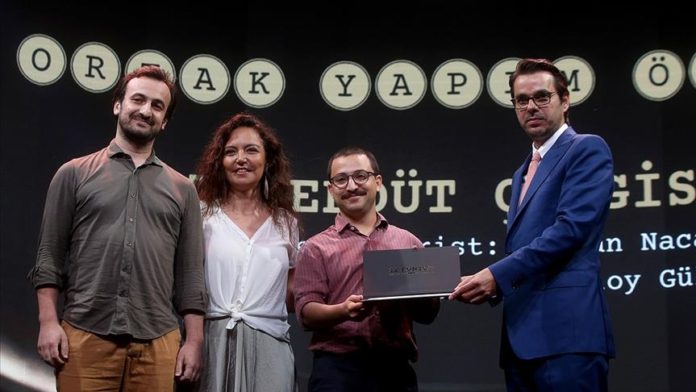 The 12 Punto Script Days award ceremony, organized by the Turkish Radio and Television Corporation (TRT) with the attendance of the leading cinema figures in the international jury, was held on Tuesday.

TRT Chairman and General Manager Ibrahim Eren, Jasmila Zbanic, the director of the Oscar-nominated movie Quo Vadis Aida?, co-produced by TRT; Tamara Kotevska, director of Oscar-nominated Honeyland, which is also supported by TRT, and other prominent figures from media and cinema attended the ceremony.

In his opening speech, Eren said 12 Punto Script Days has already become an international brand, adding that the films supported by TRT won more than 140 awards by competing in more than 200 festivals last year.

“The films we supported in 2017 (Honeyland) were nominated for an Oscar last year. I believe that the films we have chosen (this year) will be awarded not only at the Oscars Academy Awards but also at the world’s largest and most distinguished festivals.”

Stressing that all the jury members of 12 Punto Script Days were women this year, he said they aimed to encourage more women filmmakers to be part of the competition.

He also thanked the experienced figures of the cinema industry for supporting the organization and spending time with young directors.

TRT’s 12 Punto Script Days was held for the third time this year to support Turkish movies to break down the barriers and make it to the international arena. It also supports directors from other countries by giving them the International Co-Production Award.

Meanwhile, TRT’s International Co-Production Prize was awarded to Meryem by Elcin Musaoglu from Azerbaijan and the Man vs. Flock by Tamara Kotevska from North Macedonia.