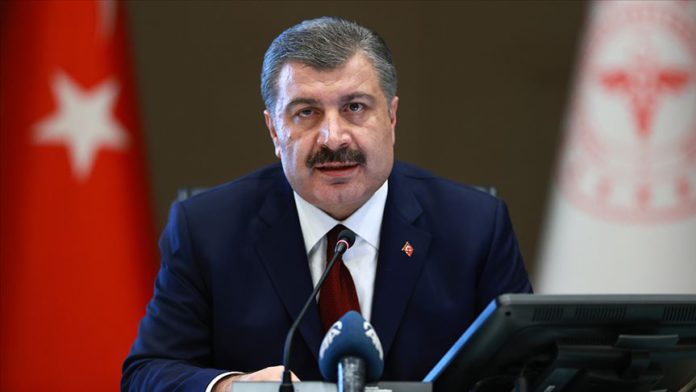 The number of people recovered from the novel coronavirus reached nearly 49,000 in Turkey whereas the death toll stands at 3,174 with 93 new additions in the past 24 hours.

According to a chart Health Minister Fahrettin Koca shared on Twitter, Turkey registered 2,615 new cases, bringing the tally to over 120,000.

On the bright side, a total of 4,846 people fully recovered from the disease, and the total number of recoveries reached nearly 49,000 as of Thursday.

Aware of the importance of coronavirus testing, Turkish authorities continued to conduct more tests on a daily basis.

In the last 24 hours, over 42,000 additional tests have been conducted, and the total number of tests in the country exceeded 1 million.

Currently, Turkey stands among the top 10 countries in the world that conducted the most virus tests.

The number of patients receiving intensive care or intubation continue to decline as well and the minister said over 1,500 were treated in intensive care units and more than 800 patients were intubated.

The rise of coronavirus cases stood at a predictable rate and the number of patients in need of intensive care declined, Koca added, and he called on people to remain committed to the measures adopted by the authorities.

At midnight on Thursday, Turkey will impose a three-day curfew to be in effect on May 1-3 in dozens of major cities in a bid to curb the spread of the outbreak.

The pandemic has killed over 229,400 people worldwide, with more than 3.23 million infections, while the recoveries have exceeded 1 million, according to figures compiled by the US-based Johns Hopkins University.