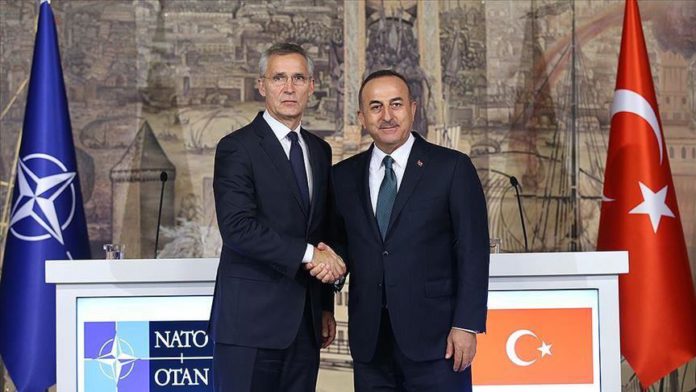 The Turkish foreign minister on Thursday spoke with the head of NATO and his Canadian counterpart over the phone, according to diplomatic sources.