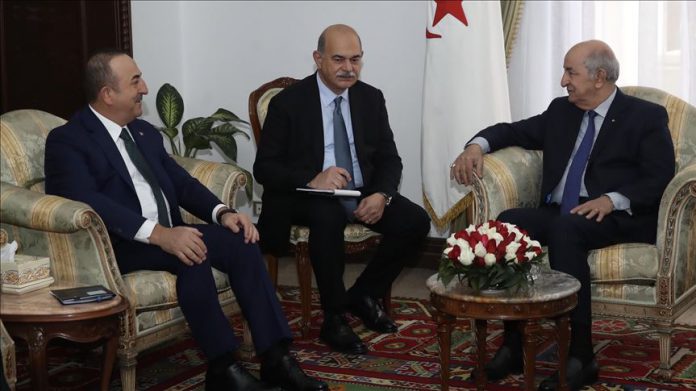 On the final day of a two-day visit, Cavusoglu also met with his Algerian counterpart Sabri Boukadoum and congratulated him for his post in the new government, formed Sunday in the wake of December elections.

Pointing to the importance of Turkish-Algerian cooperation, Cavusoglu said: “It is time to develop bilateral relations in many areas, including the economy.”

Turkey’s top diplomat also stressed the importance of cooperation on regional issues, saying: “There are developments concerning our two