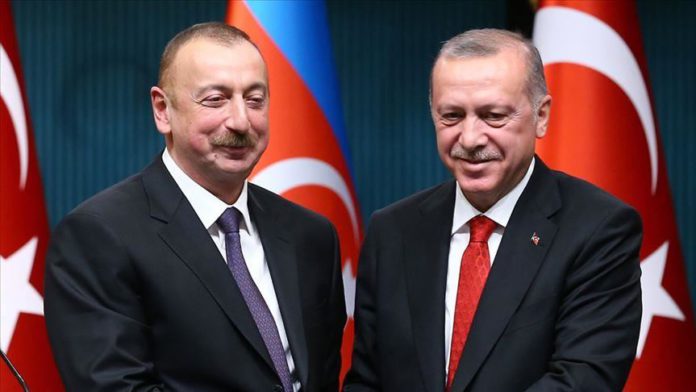 Azerbaijan President Ilham Aliyev said Saturday that Turkey’s attitude and comments on attacks by Armenia showed that his country is not alone in its just cause.

Aliyev recalled that the Armenian army launched another military provocation Sept. 27 against Azerbaijan and opened fire on settlements and military positions with various weapons, including heavy artillery.

“Your clear remarks on the issue [of Upper Karabakh dispute] once again showed that Azerbaijan is not alone in its just cause,” Aliyev said in an open letter to Turkish President Recep Tayyip Erdogan.

He also reiterated Turkey’s position toward Armenian attacks that have been strongly condemned and seen as a treacherous act since the first minutes at every level.

Mentioning that he receives many letters of support every day from Turks, Aliyev stressed that these are clear examples of Turkey-Azerbaijan brotherhood that are appreciated by the Azerbaijan people.

“On behalf of myself and the Azerbaijani people, I thank you and the brotherly Turkish people for this support,” he added.

Shusha, more than just a city for Azerbaijanis