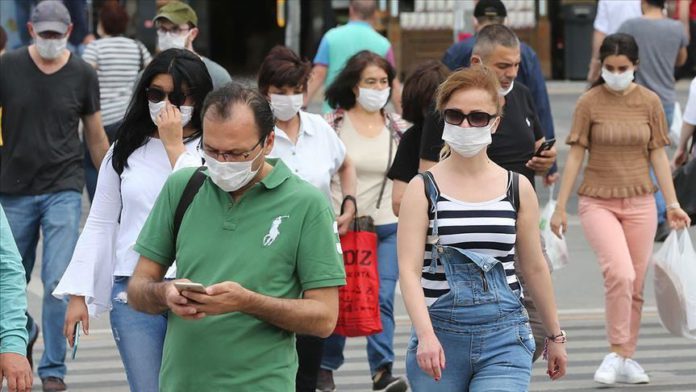 Several of Turkey’s southern provinces saw the hottest September in history, according to the country’s meteorological department on Thursday.

Due to the high humidity and temperature, people preferred to stay at homes.

Referring to announcement of 2019 as the second-hottest year ever recorded, Levent Kurnaz, a Turkish climate scientist, had told Anadolu Agency in January that it was not a surprise as “every year after that will be hotter than the previous year.”

Mentioning scientific predictions, he went on to say that from now on, “cool years” will be defined as an exception rather than “hotter years,” which means the warmer trend will continue to worsen.

On Jan. 15, NASA, National Oceanic and Atmospheric Administration (NOAA) and World Meteorological Organization confirmed that 2019 was the second-hottest year ever recorded.