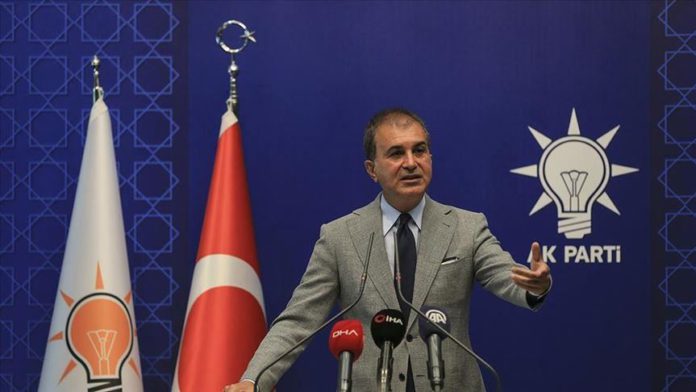 Turkey’s ruling party spokesman said Tuesday that no one can hijack or destroy the country’s democracy.

Omer Celik of the Justice and Development (AK) Party was referring to remarks by US Democratic Party presumptive nominee Joe Biden.

“No one can hijack, destroy our democracy, interfere in Turkey’s political system,” Celik said after a board meeting of the party.

In a video clip that went viral, Biden said: “We can support those elements of the Turkish leadership that still exist and get more from them and embolden them to be able to take on and defeat Erdogan. Not by a coup, not by a coup, but by the electoral process.”

His remarks — recorded last December but first reported on Saturday — drew condemnation from the entire political spectrum in Turkey, including both the government and opposition.

“Whoever supports the PYD/PKK, sends weapons to them, they are the ones who want death for the Kurdish children,” he said.

No Kurdish citizen of the country will become part of this imperialist agenda, he added.