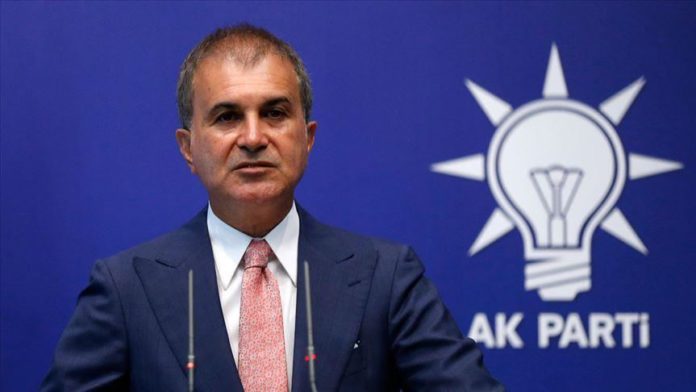 Spokesman of Turkey’s ruling Justice and Development (AK) Party on Sunday criticized recent remarks by Joe Biden, a front-runner in the US presidential race, who hinted he could seek regime change in Turkey if elected.

Omer Celik said on Twitter that no foreign actor could meddle in Turkish politics, and that the Turkish administration and the nation would leave no stone unturned to safeguard democracy, as it did on July 15, 2016 when a coup attempted by Fetullah Terrorist Organization was defeated.

Ballot boxes are Turkey’s dignity, he said, adding that Turks paid a price for democratic values, referring to the foiled coup that left 251 people martyred and thousands wounded.

“Our political disinfectants are 100% effective against any virus in pursuit of foreign interference,” he said.

In a newly-surfaced video clip, which was recorded last December, Biden comments on Turkish politics, saying: “We can support those elements of the Turkish leadership that still exist and get more from them and embolden them to be able to take on and defeat Erdogan. Not by a coup, not by a coup, but by the electoral process.”

Both government officials and senior opposition figures in Turkey have harshly criticized Biden’s remarks, which Turkish Communications Director Fahrettin Altun termed to be a reflection of “games being played over Turkey and their interventionist attitudes.”