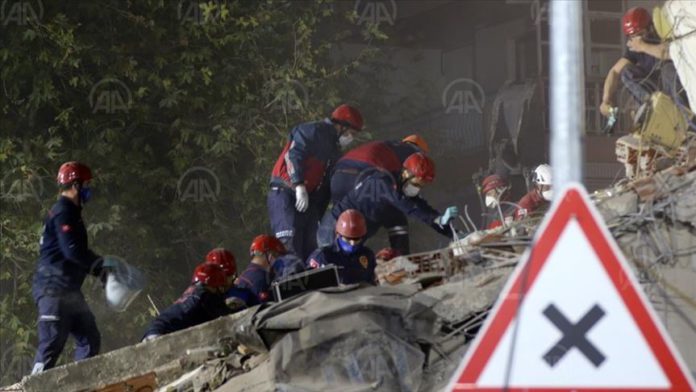 Hours after a powerful earthquake struck Turkey’s Aegean coast, survivors were pulled from the rubble — shaken but resilient.

Rescue workers have pulled out at least 100 people so far.

A woman died after being rescued from a collapsed eight-story building following 30 hours of effort.

Helim Sari, 62, was rescued from the debris 26 hours after the earthquake. Teams struggled for a long time to save Sari, whose leg was stuck under the debris.

After 23 hours, a mother and her three children were rescued. Efforts are ongoing to rescue her fourth child.

Nurcan Tosun, 50, was rescued in the Seferihisar district after 17 hours.

Gunay Ozisik and Erol Subas were rescued nine hours after the quake.

Ozisik’s father spotted his son under the debris through rescue cameras and spoke to him.

Another earthquake victim Buse Hasyilmaz and her family were rescued after nine-and-a-half hours.

Sixty-two-year-old Emine Eren was pulled out after 14 hours.

Hula Ozmet and Inci Okan were also pulled out alive after 17 hours.

They were all taken to hospitals for health checks.

A cat and a dog was also among the rescued.

At least 39 people have been killed and over 880 injured after the magnitude-6.6 earthquake jolted Izmir on Friday.

Israeli premier warns against returning to nuclear deal with Iran

Vaccines are the way out of pandemic, says German chancellor