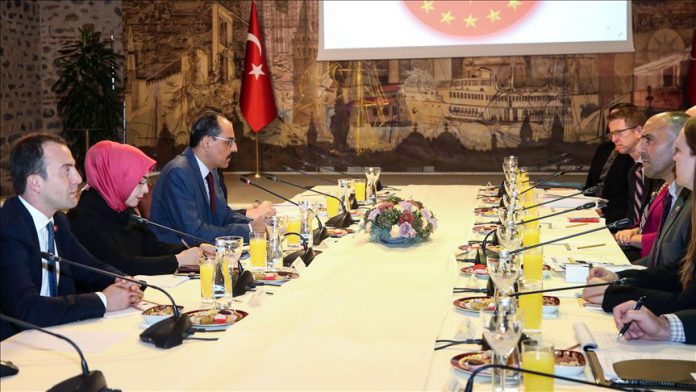 Kalin and the delegation met at Dolmabahce Palace to discuss regional developments, bilateral ties, fight against terrorism, establishment of safe zone in Syria, and political solution process in the civil war-weary country.

The parties also stressed the strategic importance of Turkey-U.S. ties during the meeting, which reiterated that Turkey’s rightful fight against terror groups Daesh/ISIS and PKK/PYD/YPG will continue with determination.

Highlighting the discomfort caused by a draft resolution and a bill passed by the U.S. House of Representatives this week, the meeting also touched Turkey’s efforts for safe and voluntary return of Syrian refugees to their homeland.