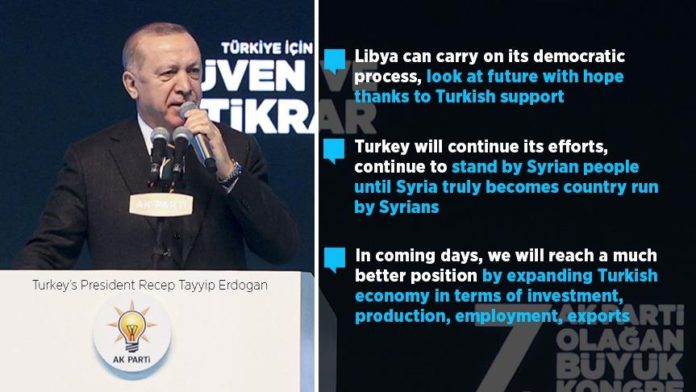 Libya can carry on its democratic process, look at future with hope thanks to Turkish support: President Erdogan

In coming days, we will reach a much better position by expanding Turkish economy in terms of investment, production, employment, exports: President Erdogan

Turkish president calls on public to put their gold and foreign currency assets into use with economy, production

Turkey to continue to shape relations with all countries in line with its own interests, nation’s expectations, says Erdogan

Turkey, as country located at heart of Africa, Asia, Europe, does not have luxury to turn its backs on either East or West, says President Erdogan