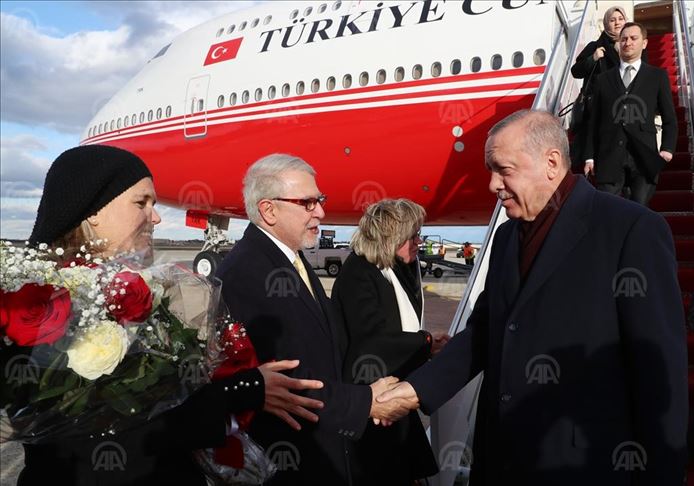 The president and First Lady Emine Erdogan were greeted by a group of Turkish citizens in front of the Willard Hotel, where he will be staying.

Erdogan and Trump will hold a bilateral meeting at the White House on Wednesday followed by a joint press conference.