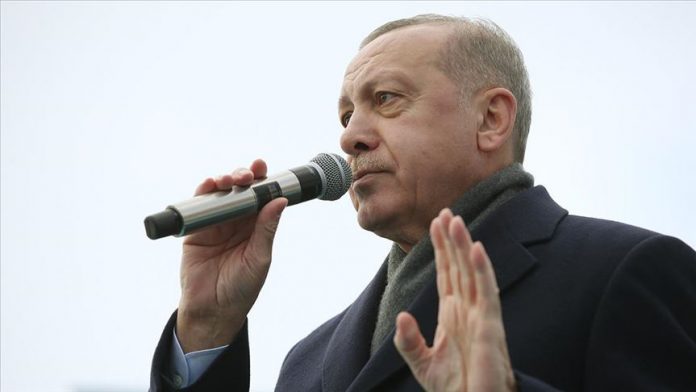 If Turkey avoids struggling in Syria, Libya, the Mediterranean and generally in the region, those would return to the country with a heavier toll in the future, said the country’s president on Saturday.

Speaking in an opening ceremony in the western Turkish province of Izmir, Recep Tayyip Erdogan said Turkey’s policies on Syria and Libya are “neither adventures nor arbitrary” choices.

Referring to Turkey’s strategy in the region, Erdogan said that after phone calls with his Russian counterpart Putin, French President Emmanuel Macron, and German Chancellor Angela Merkel on Friday, a roadmap was drawn.