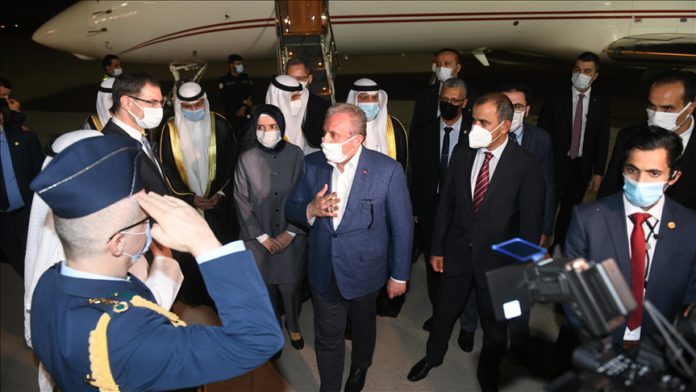 Turkey’s parliament speaker and a delegation of deputies arrived early Monday in Kuwait for a two-day visit.

Mustafa Sentop was welcomed at Kuwait International Airport by the Secretary General of the Kuwait National Assembly, Farz Al-Daihani, Turkey’s Ambassador to Kuwait Ayse Hilal Sayan Koytak and other officials.

He will later meet with the Speaker of the Kuwait National Assembly, Marzouq Ali Mohammed Al-Ghanim, at the national assembly building.

After meeting with Kuwait’s Foreign Minister and Minister of State for Cabinet Affairs Ahmed Nasser Al-Mohammed Al-Ahmed Al-Jaber Al-Sabah, Sentop will return to Turkey on Tuesday.

ANALYSIS – Behind the scenes of Tunisia’s political crisis