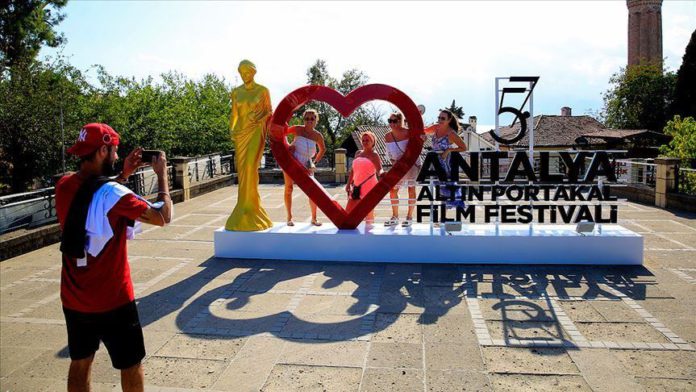 The festival, also known as Turkey’s Oscars, will be organized by the Municipality of Antalya with the support of the Turkish Ministry of Culture and Tourism between Oct. 3-10.

Marking its 57th year, a total of 12 full-length films will compete to receive awards in 16 categories, while the festival will also hold online events.

While every year at the festival, posters of a prominent cinema artist are featured, this year, photographs of a health care worker who heroically fought coronavirus will feature at posters.

The traditional cortege will not be held this year.

Films will be shown outdoors and not in movie theaters, seating arrangements will be made while following social distancing norms, and masks will be mandatory at the event.

The opening ceremony will take place in the evening.

A total of 44 films, including those competing in the festival, will be screened in three open-air theaters.

At least 50 free entry passes for each movie will be set aside for health care professionals.

The winners of the competitions will be announced at the closing ceremony to be held on Oct. 10.