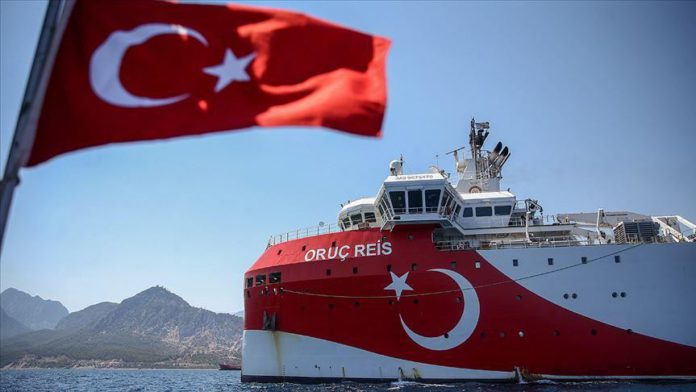 Turkey’s seismic research vessel, the MTA Oruc Reis will continue its activities in the Eastern Mediterranean until Aug. 27.

Turkey issued a Navtex (navigational telex) announcing an extension to the Oruc Reis’s research activities with the Cengiz Han and Ataman vessels.

Earlier, Turkey had announced that the ship would conduct research in the region until Aug. 23.

Turkey has resumed energy exploration earlier this month in the Eastern Mediterranean after Greece and Egypt signed a controversial maritime delimitation deal.

But, after declaring the Greek-Egyptian deal “null and void,” Turkey authorized the Oruc Reis to continue its activities in an area within Turkey’s continental shelf.

Ankara has also said energy resources near Cyprus must be shared fairly between the Turkish Republic of Northern Cyprus (TRNC) — which has issued Turkish Petroleum a license — and the Greek Cypriot administration of Southern Cyprus.

Turkish President Recep Tayyip Erdogan has said the only solution to the dispute was through dialogue and negotiation, urging Athens to respect Turkey’s rights.

Syrian talks to resume in Geneva after virus pause: UN