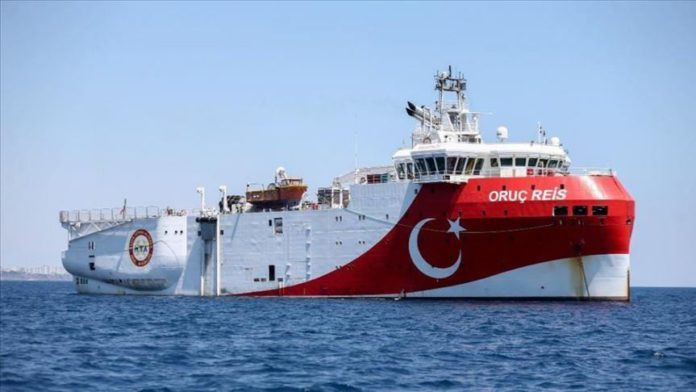 In a Twitter post, Turkish Energy and Natural Resources Minister Fatih Donmez said the maintenance of Oruc Reis was concluded and it would hold seismic activities in the Eastern Mediterranean.

“We will continue research, drilling and protect our rights,” Donmez said, adding his country was determined to find natural resources in the region, if there were any.

Oruc Reis paused its activities of seismic research and exploration in the region a while ago, and was put into maintenance in the Turkish coastal province of Antalya.

The vessel is capable of conducting geological, geophysical, hydrographic, and oceanographic surveys.

It also stands as one of the world’s top research ships, holding two-dimensional seismic operations up to 15,000-meter (49,212-feet) depth in the sea and hold two- and three-dimensional seismic, gravity, and magnetic geophysical research.

Declaring the Greek-Egyptian deal “null and void”, Turkey authorized the Oruc Reis to continue its activities in an area within Turkey’s continental shelf.

Ankara has also said energy resources near Cyprus must be shared fairly between the Turkish Republic of Northern Cyprus and the Greek Cypriot administration of Southern Cyprus.

‘Elimination of hepatitis virus to take several years in India’