TurkishPress
Home News Turkey's next elections to be held in 2023: President Erdogan 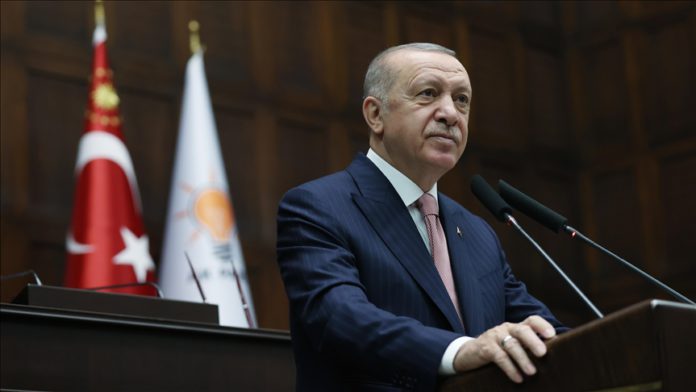 Turkey’s next general elections will be held in 2023, as scheduled, the country’s president underlined on Wednesday.

“June 2023 is Turkey’s election calendar. This is our decision as the People’s Alliance, this is the date we announced,” Erdogan said, referring to the electoral and voting alliance of the AK Party and the Nationalist Movement Party (MHP).

The government will strive even harder and take care not to leave Turkey in the hands of the opposition Nation Alliance and its biggest members, the Republican People’s Party (CHP) and Good (IYI) Party, he said.

“We have been ruling the country with a policy of work and service,” he added.

The AK Party has consistently denied rumors of early elections and efforts to promote early polls, saying the country needs years free of elections so the government can concentrate on the nation’s business.

Erdogan also touted the Canal Istanbul mega-project, saying it will open up a new chapter in the country’s development.

“One of the most important features of this project is that it will remove a serious burden from the point of urban transformation and change,” he said.

With the project, officials can also focus on the seismic zones in Istanbul, he noted, touching on the risk of earthquakes.

“We want our citizens to continue to live in much safer places,” not in “troubled areas,” he said.

“We will carry out these operations in Istanbul by constructing new earthquake-resistant houses (along the canal),” he added.

Erdogan stressed that the canal will be “a source of national pride.”

The planned 45-kilometer (28-mile) canal will be built west of the city center on the European side of the Istanbul province.

The project’s total cost is projected at $15 billion, with six new bridges crossing the canal carrying a price tag of $1.4 billion.

Some half a million people will be employed in the construction work.

The mega-project, which aims to prevent risks posed by vessels carrying dangerous shipments through the Bosphorus Strait, was approved by the country’s Environment and Urbanization Ministry.