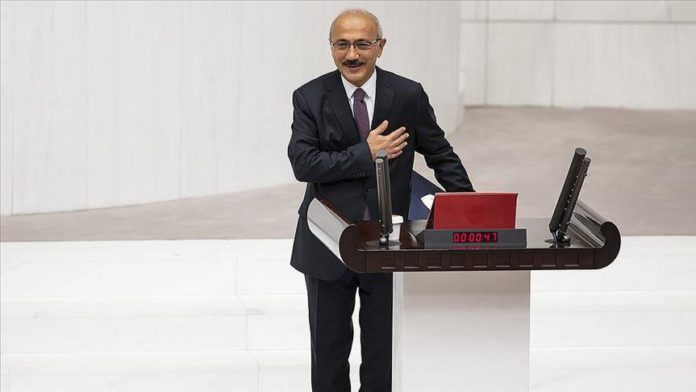 Turkey’s new Treasury and Finance Minister Lutfi Elvan was sworn in on Tuesday.

Speaking to reporters in the parliament ahead of the swearing-in ceremony, Elvan said that there would be no handover ceremony due to Albayrak’s health issues.

“I talked to Mr. Albayrak. I thanked him for his services. He also wished success for us,” he said.

Elvan was appointed the country’s new treasury and finance minister on early Tuesday, according to a presidential decree published in the Official Gazette.

Before his appointment as finance minister, he was serving as chairman of Parliament’s Planning and Budget Committee.

He also held different positions at international institutions such as the OECD and EU.