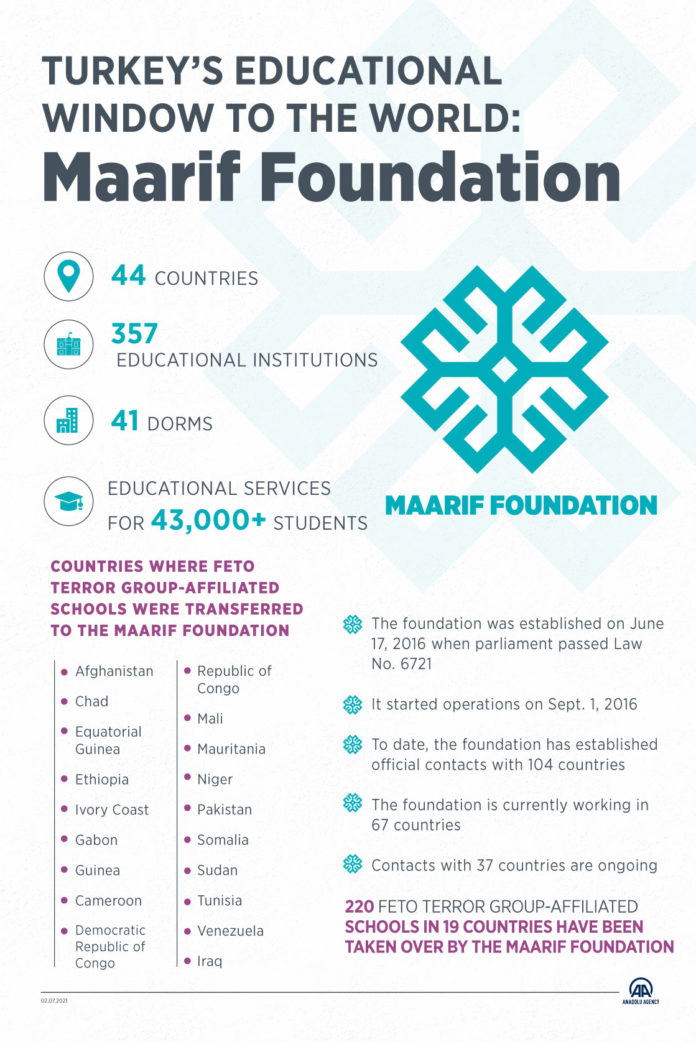 Turkey’s Maarif Foundation has rolled up its sleeves to teach Turkish across the world, according to the head of the Turkish state-funded education institution.

Sharing the institution’s activities in the last five years and its future vision with Anadolu Agency, Maarif Foundation President Birol Akgun said: “We have a function to contribute to the universal goal of providing quality education to every child, which is also expressed in the UN’s 2030 vision, thus contributing to the sustainable development goals.”

Noting that the agency has established a Turkish teaching unit, Akgun said they have also formulated a curriculum for the first time to teach Turkish in all classes from kindergarten to high school.

“Resources, textbooks and visual materials are being prepared for this purpose,” he said.

Akgun said this is the only curriculum approved by the Board of Education and Turkish National Education Ministry to be taught in Turkish institutions abroad.

The Maarif Foundation was founded to replace terrorist FETO-linked schools abroad in the wake of a defeated 2016 coup in Turkey.

Fetullah Terrorist Organization (FETO) and its US-based leader Fetullah Gulen orchestrated the defeated coup of July 15, 2016, in which 251 people were martyred and 2,734 injured.

Akgun said: “The law (to establish Maarif Foundation) was passed before the coup attempt.” 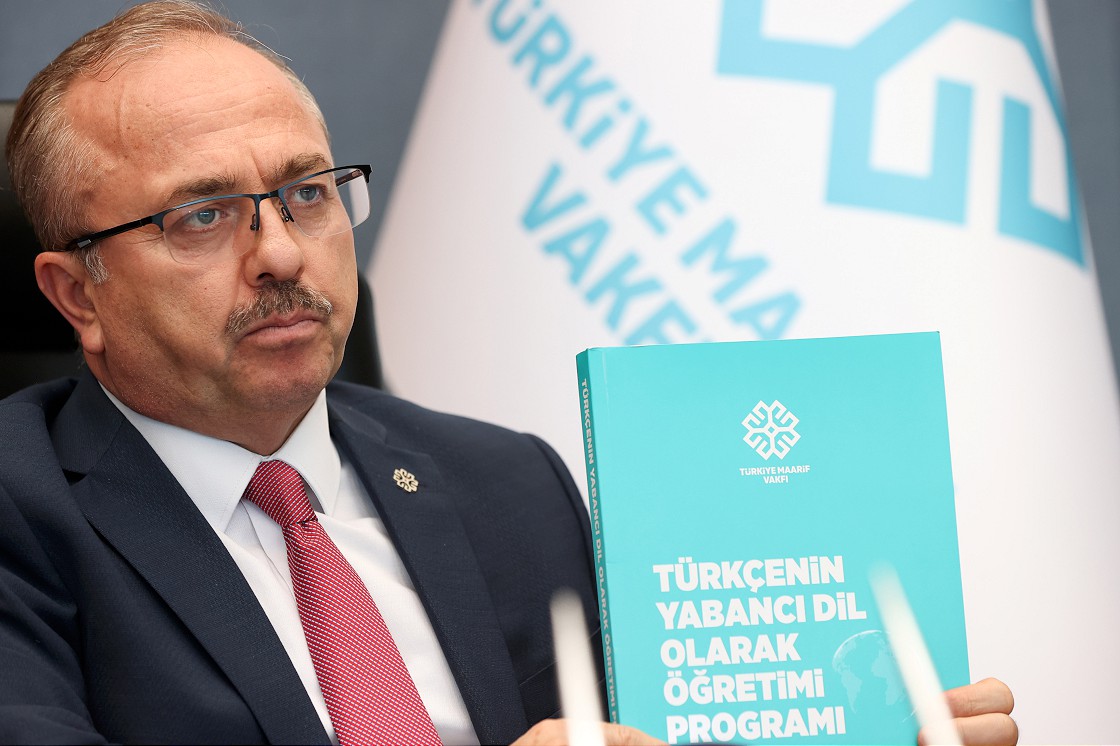 “Since our authorized bodies were formed after the coup attempt, all educational institutions of FETO in Turkey were nationalized in that process,” he said.

“This also had an international obligation. We had had contacts with relevant countries through the Turkish Foreign Ministry about putting the schools there under the supervision of Turkey,” he added.

So far, the institution has received and run around 220 schools in 19 countries that have agreed to transfer them directly to Turkey, Akgun explained.

Akgun said the foundation did not close any school and interrupt education during the coronavirus pandemic.

Akgun said as of today, the agency has reached out to approximately 43,000 students in 45 countries through 350 educational institutions, which teach from kindergarten to high schools.

“We also have a university in Albania,” he added.

“We are serving in a very wide geography – from the Balkans to Asia, and from Africa to the Middle East,” he added.