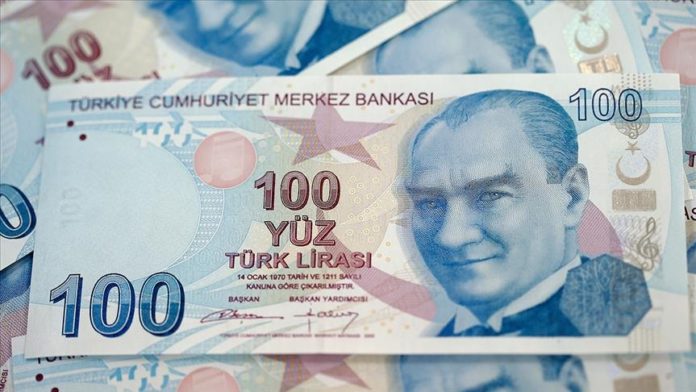 The Turkish lira has outperformed other emerging market currencies since last month, gaining some 15% against the US dollar.

The South African rand trailed the Turkish lira, gaining 7.1% against the dollar, followed by the Russian ruble, Czech crown, and Brazilian real with gains of 5%, 4.1%, and 4% respectively.

Cuneyt Paksoy, economist and financial analyst at Anadolu Agency, said that the tightening and simplification steps taken by the Turkish Central Bank as well as normalization steps by the Banking Regulation and Supervision Agency (BDDK) gave the Turkish lira added momentum.

“The Central Bank increased the [benchmark] policy rate to 17% in successive steps, and the country risk premium [CDS] was pulled back from 550-600 basis points to 300-350,” he explained.

Stating that the Central Bank’s foreign exchange purchases for reserve purposes may limit the margin of downside movements, Paksoy said: “Unless the US imposes tough sanctions on Turkey, new rises are not expected.”

Unless there is a global dollarization pressure due to a rise in the dollar index and foreign inflows continue, even if there is no rapid reverse dollarization process in domestic demand, new rises are not expected, he added.

The Turkish lira started to rise in value on Nov. 7, with the appointment of Naci Agbal as governor of Turkey’s Central Bank.

After Agbal, Lutfi Elvan was appointed as the new Minister of Treasury and Finance, which increased the demand for Turkish lira assets due to his strong market-friendly messages.

Trump after Twitter ban: 'We will not be SILENCED!'