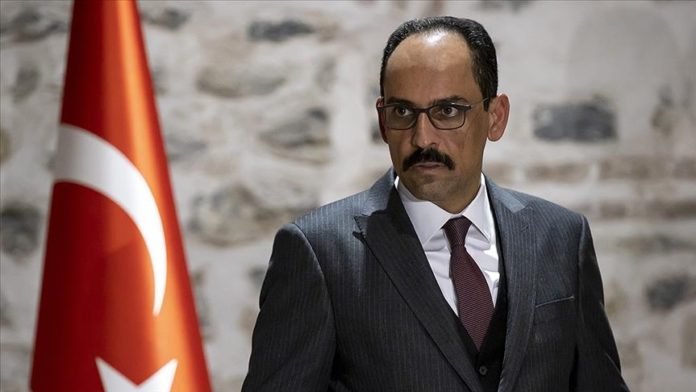 Speaking during a German Marshall Fund virtual think tank event, Kalin said he has reviewed the document and hoped EU leaders would “avoid that language of sanctions and threats against Turkey, because sanctions will never work.”

“We believe that our larger geopolitical, geostrategic agenda should not be hijacked by a very narrow agenda and maximalist demands of individual member countries,” he said. “Yes, we do have differences with some countries over certain issues, but they should not dominate, they should not define the very parameters of our relationship with EU.”

Amid recent tensions in the Eastern Mediterranean, Greece and the Greek Cypriot administration have upped their pressure on other EU members to impose sanctions on Turkey ahead of this week’s summit.