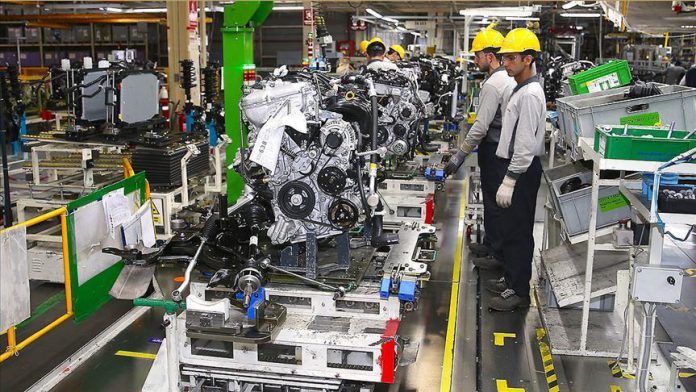 Turkey’s industrial output improved in September on an annual basis, with all sub-indexes performing an increase, according to official data released on Thursday.

The figure rose on an annual basis for the first time since August 2018 and hit its highest level of last 14 months.

The mining and quarrying index posted the largest rise in September, up 5.7% from the same month last year.

The manufacturing index climbed by 3.4%, while the electricity, gas, steam, and air conditioning supply index went up by 0.4% in the same period.

“The leading indicators of growth revives,” the industry and technology minister commented on Twitter about the September figures.

Mustafa Varank said that the annual and monthly developments in productions of capital and intermediate goods gives a better signal for rises in future production.