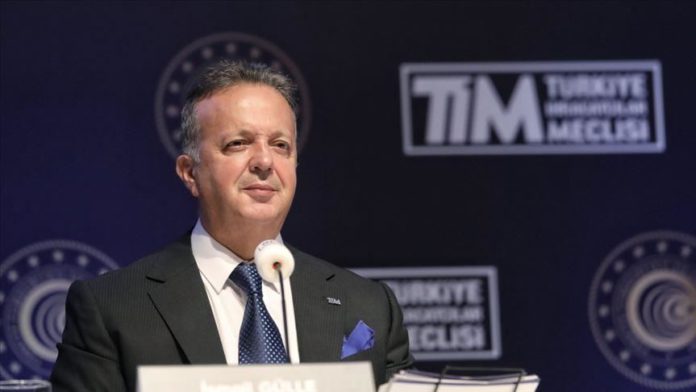 Turkish exporters continue to increase high technology products’ share in overall exports thanks to the country’s research and development activities as well as government support.

The high-technology products’ share in Turkey’s overall exports reached 3.4% in the first eight months of 2020, from 3.2% during the same period last year. The rate was also 3.2% in August versus 3% in August 2019, according to the Turkish Statistical Institute’s data.

Turkey gives incentives and support, including tax and premium discounts, to companies active in producing high-technology and contributes to reducing imports.

Ismail Gulle, the head of the Turkish Exporters’ Assembly (TIM), said Turkey’s high technology exports have continued to rise in recent years and exports increased in many fields, which has high added-value.

“The total exports of our high value-added products, with a value of more than $10 per kilogram, increased in September, these products’ exports were $3.64 billion in September 2019 and reached $4.09 billion in the last month with a 12% raise,” said Gulle.

In September, exports with the highest added value — $50 per kilogram — reached $656 million, he said.

He highlighted that sectors with the highest value-added exports were jewelry, defense and aviation industry, ready-to-wear and apparel, leather and leather products, tobacco and automotive sectors.

In particular, the positive export performance of the defense and aerospace industry and ready-to-wear/apparel sectors made a great contribution to the export of Turkey’s value-added and high-tech products, Gulle noted.

He said that while the export value per kilogram in the defense and aviation sector is more than $60, this value is around $15 in ready-to-wear.

In automotive, Turkey’s largest export field, the value per kilogram is $7.

Gulle said the demand shrinkage in automotive and defense-aviation sectors has caused a contraction in exports in recent months, but sectors have returned to pre-pandemic export figures since September.

“Our ready-to-wear industry continues its double-digit growth performance in exports in recent months. We believe that there will be records in exports in all these three sectors in the coming months,” he said. “With research and development (R&D) and innovation, our companies will have the opportunity to increase their value-added exports and production in a short time.”

Saying the average R&D expenses among the country’s first 1,000 largest exporters is much higher than the country’s overall firms’ R&D expenses, he noted every 1-unit increase in R&D expenditure provides an increase of 0.24 units in exports.

Ersin Sahin, general manager of Turkish diesel engine producer Erin Motor, said: “We are at the beginning of the road [in terms of high-technology exports] to reach the level of welfare we targeted, this figure should reach 10-15%, but there is light at the end of the tunnel.”

It takes a little patience because high technology production requires many years of R&D activities, he said.

He stressed the biggest disadvantage of high-technology manufacturing in Turkey is a lack of qualified personnel — companies have to train employees and it requires time and expenses.

“And the biggest advantage is that you are constantly supported by the state, universities and the private sector,” he said.

Especially with this pandemic period, there is an increasing interest and trust in Turkish products, Sahin noted.

He highlighted “made in Turkey” is valuable on the global market.

“Our main product is the diesel engine, mainly used in generators, we receive more demands from countries with infrastructure problems, sub-Saharan African countries are at the top of these,” he said. “While we compete in quality with Europe, we also compete in price with Asia.”

He also said: “The support, we receive from organizations such as Foreign Economic Relations Board and TIM, plays an important role in entering markets that you do not know well, such as Africa.”

Companies are not active in the export side, should be patient and try to find a good product to manufacture by building a good team, he advised.

“High-tech products can only be developed with well-trained teams.”