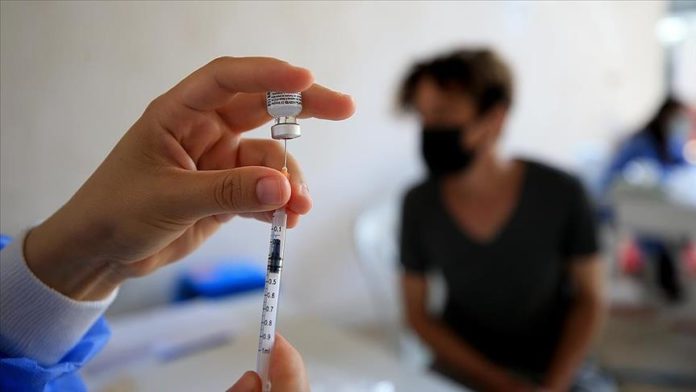 The number of cases in Turkey of the Delta variant of COVID-19 has gradually risen, similar to its spread across the world, and has reached around 750, Turkey’s health minister said Tuesday.

Fahrettin Koca made the remarks following a cabinet meeting at the presidential complex in Ankara, where he responded to reporters’ questions on COVID-19 in the country.

Koca said authorities did not want to make vaccination mandatory and opted to convince the public of the importance of immunization. However, he pointed out that he did not have a say in private institutions’ approach in this regard.

Regarding the Delta variant of the coronavirus, which originated in India, Koca said the number of cases in Turkey amounted to around 750 and it has been detected in 36 provinces, adding three cases of the so-called Delta plus variant — a mutation of the Delta strain — have been registered in three provinces.

According to the minister, the decrease in the number of COVID-19 cases has recently slowed down and there was a possibility of a surge in infections, making vaccination of the public more important as the increase in the number of cases was most evident in cities, with relatively lower counts of vaccinated people.

On whether there are any new restrictions or lockdowns on the horizon, Koca said health authorities did not favor such an approach for the time being and expected the nation to comply with the recommended measures such as wearing masks and maintaining social distance.

While noting there are currently no visible signs of a fourth wave of the pandemic, he warned that this did not necessarily mean it would not be happening in the future and this possible threat could only be eliminated by intensifying vaccination.

He concluded that immunization of 70% or even 80% of the population was essential to return to the pre-pandemic period.

Koca also announced on Twitter that the number of vaccine doses administered in Turkey had passed the 59 million mark.

“As the number of million doses increases, we are much closer to immunity,” he added.