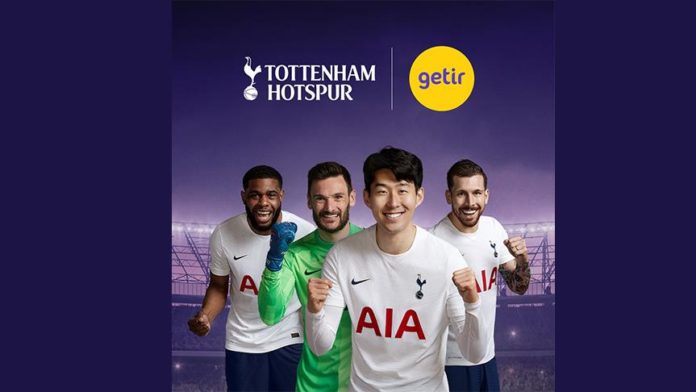 The deal marks the company’s first sporting partnership in the UK.

Launched in the UK just eight months ago, Getir delivers groceries across London, Birmingham, Manchester, Brighton, Cardiff, Liverpool, and Bristol, and expects to operate in up to 15 UK cities by the end of 2021.

“It is our great pleasure to support and stand by the side of sports and athletes, we will continue to respect and value them,” said Turancan Salur, Getir UK’s general manager.

“We have worked hard to deliver groceries in minutes, and much like on the pitch where every second counts, we are focused on delivering state-of-the-art tech and creating unique experiences for fans,” he added.

Todd Kline, the chief commercial officer of Tottenham Hotspur, said the football club will support Getir with its rapid growth in the UK and across Europe.

“Getir pride themselves on being innovative, are dedicated to minimizing their impact on the environment, and put people, as well as world-class technology, right at the heart of everything they do,” Kline said.

Aiming to launch in the US by the end of this year, Getir currently operates in Turkey, the UK, the Netherlands, France, and Germany.

Founded in 2015, it became Turkey’s second unicorn ever — a startup company with a value of over $1 billion. Its valuation has jumped to over $7.5 billion in recent months.

The company delivers over 1,500 varieties of groceries to its customers in an average of 10 minutes. Its sub-brands are GetirFood, GetirMore, GetirWater, and GetirLocals.

Tottenham Hotspur, based in North London, reached the Final of the UEFA Champions League for the first time in its history in June 2019, having already secured qualification for Europe’s elite competition for the fourth year in a row.

Oil prices down with US crude stock buildup estimates

Turkish, US firms to meet virtually in virus's shadow